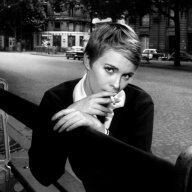 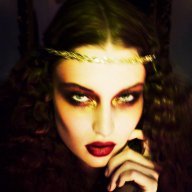 I told him I had my period so I wanted to keep my underwear on, and he asked me to take my tampon out for him to play with. &#8220;I love tampons!&#8221; he said, in that psychotically upbeat way that temporarily convinces so many girls that what&#8217;s fun for Uncle Terry is fun for them. (...) I politely declined his offer to make tea out of my bloody cunt plug. It was then that he decided to just get naked. Before I could say &#8220;whoa, whoa, whoa!&#8221; dude was wearing only his tattoos and waggling the biggest dick I&#8217;d ever seen dangerously close to my unclothed person (granted, I hadn&#8217;t seen very many yet). &#8220;Why don&#8217;t you take some pictures of me?&#8221; he asked. Um, sure.
So his assistants took pictures of me taking pictures of him. All the while, he was dropping names like they were hot, casually mentioning his upcoming Miu Miu shoot with Maggie Gyllenhaal and Billy Crudup, wondering aloud if he could get the kid from Elephant to model, and suggesting I come upstate with him and his fab celebufriends. I wish I could say this didn&#8217;t impress me, but I was fucking 19 and nerdy as hell, okay?
I&#8217;m not sure how he maneuvered me over to the couch, but at some point he strongly suggested I touch his terrifying penis. Who the heck specifically requests a handjob, that most unpopular of sex acts which, were we casting a sex act version of The Breakfast Club, would undoubtedly play the part intended for Anthony Michael Hall? I&#8217;ll tell you: high school boys and Terry Richardson. Not that I would&#8217;ve preferred him to request anything else, I&#8217;m just sayin&#8217;: if you ask for an H.J., you are aiming low with complete knowledge that the girl is not into it.
This is where I zoom out on the situation. I can remember doing this stuff, but even at the time, it was sort of like watching someone else do it, someone who couldn&#8217;t possibly be me because I would never touch a creepy photographer&#8217;s penis. The only explanation I can come up with is that he was so darn friendly and happy about it all, and his assistants were so stoked on it as well, that I didn&#8217;t want to be the killjoy in the room. My new fake friends would&#8217;ve been bummed if I&#8217;d said no.
I must have said something about finals, because he told me, &#8220;if you make me come, you get an A.&#8221; So I did! Pretty fast, I might add. All over my left hand. His assistant handed me a towel.
Cliquez pour agrandir... 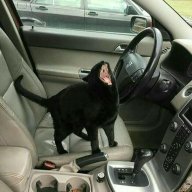 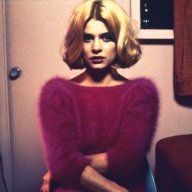