Up! Come on girls 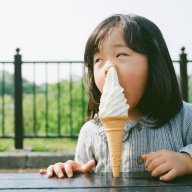 I've only watched the first five minutes for the moment and I'm already terrified.

I'll comment on the whole video as soon as I can.

(PS : If I make any mistake, your corrections are welcome.

I couldn't look at the video entirely, I started to cry when that german guy said the holocaust was a lie and Mein Kampf a very good book. Seriously, I've been in Auschwitz, I can't even understand how you can deny this.

What's more, I've been shocked by those people who have never heard about Hitler. How can this be possible ? I mean, there has been a lot of wars, holocausts, massacres in the History that most people (including me) don't know about. But this one is the one we keep as an example of what horror human beings can do. It's one of the most important thinks to remember from the past to never do that again. (Even if, seriously, knowing the human behavior under the influence of authority and our capacity of accepting norms we disagreed with, I have no doubt this could happen again, and faster than what we imagine).

The stupidity of this eugenicist antisemitic racist neo-nazi guy don't need any comment because I know that all of you are able to see this stupidity. But I'd like to react about the guy who says that he would kill all the relatives of Adolf's mother.
They are not guilty. We can't deny the impact of the weird environment Adolf was raised in, but this is not directly the fault of his mother. And the day Adolf was born, nothing was played. What he became wasn't entirely determinated by his DNA. So If I had been asked if I would have shoot the mother, my answer would have been : "no, I wouldn't have shoot. But I would have go to her, and speak to her with the little part of German I know. And, well, I don't know what I could have said to her exactly at that moment, but I'm sure that, year after year, I'd have tried to give that kid (maybe I could have decide to kidnap him) an healthy environment and a decent education in order to make him become someone good."

Yes, definitely. I have no faith in humanity. Human beings are weeks, they live to impose their power to other human beings, cause they believe nobody has value if there isn't somebody with less value somewhere. But I truly hope education is the first step to make people accept each other, and that it could save us from other destroying people who will have the power of imposing their stupidity.

Any correction of my english is welcome. And thanks to @Hellagood for this idea.

EDIT : I've looked at the rest of the documentary. I've two thinks to say :
1 I'ts not a crime to kill a baby in a ramp when it (and not he) hasn't any conscious yet. which means absolutely not before 2 months and probably not before 5 months. For me, human life as value. But what I call life is being conscious, which mean being able to think and/or feel. If you can't, you're just a body. And I don't consider a body as a conscious human life, so I don't give it any value (like medicaly reanimated people who's brain is dead. I consider we can kill them. However, I consider we should give them respect as most of people give value to the body after the death.).
2 Shatzy Shell you worry about how people can actually change their mind so quickly. But the fact is that, for people who are sincerely pro-abortion but don't know what to answer to this guy, accepting what he says and telling he's true is easier than having a fight between two moral norms in there head. It doesn't mean they will never change their mind back to what they used to consider as moral when having taken the time of thinking about this comparison.

What afraid me also, is the fact that those pro-life organizations are not only gaining weight but also are more and more controlling the rest of the population:

This is just unbelievable.

I also wanted to share with you an article: Avortement. Quand des « pro-life » vont jusqu’à tuer. Be careful, some image are really shocking.

To my point of view, I am pro-choice, because I believe in freedom of human being. I just think this isn't desirable to protect more a potential human-to-be than a human who already live. I'm just wondering about the legal statute of a foetus (in France but also in the USA): when do we consider it to be a human with own rights?


SuzeDream;3279870 a dit :
About the abortion, I think we must consider the situation of the woman, as it is says, in case of rape, or because of difficulties in your life, if it's not your choice (I'm not talking about persons who don't protec themselves of course, here it's their own responsability). And also, it depends of each woman, of how she thinks, of her believes.
Cliquez pour agrandir...


I'm not sure to understand well: are you pro-choice or pro-life then? What I deplore, is the fact that the whole choice (and the whole responsability in case of abortion therefore) goes to the woman and not her man. I am in favour of divided choice, because I think the (futur) father is as responsible as the (futur) mother, plus he needs to have importance in that sort of choices.

What concerns contraception, I guess I am agree with you by saying people have to protect themselves, but what to do with people who were protected but it didn't work? And what to do with women/ men who haven't good access to contraception? Who is to be blamed? Can sexual abstinence be practiced?
Identifiez-vous ou inscrivez-vous pour participer.