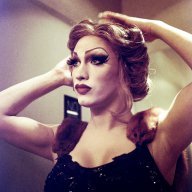 Martin Luther King Jr.’s goal was peace and harmony. The myth of warm and fuzzy peace and love as MLK’s driving force and ultimate goal for society is commonly used by those who wish to condemn more radical activists by comparison. While King did abhor violence, and deliberately used non-violent protest as a primary tactic, his goal was economic and social justice. Non-violence as a tactic ceded to King the moral authority needed to legitimize his efforts to the white people he viewed as necessary allies, but it was his focus on economic revolution that made him a threat, and brought him the greatest success. People forget that it was not the peaceful nature of the Montgomery bus boycott that brought an end to busing segregation, it was the financial crippling of its industry brought by the discontinued patronage of blacks that brought it to its knees. King made direct pleas to labor unions to join his cause, arguing that he had the moral authority that the unions needed, and they had the wages that black Americans needed. Today, King’s methods would make him a direct threat to the Koch brothers, Wal-Mart, and just about every Republican politician in office.
Cliquez pour agrandir...

Martin Luther King Jr. as the antithesis of Malcolm X and the Black Power movement. In textbooks, film, and television, King is often portrayed as the angel to Malcolm’s devil. The man who believed in peace and love versus the man who promoted anger and violence. King was the man who met racism with tolerance, while Malcolm met racism with reverse-racism. Not only is this a deliberate denial of the smart, nuanced, and ever-evolving activism of Malcolm X, it is a misrepresentation of King intended to gaslight the entirety of black America into believing that their anger is unjustified and counterproductive.

King championed integration and racial cooperation, not only because he felt strong love for people of many races and solidarity with the poor of all races, but primarily because he felt it was the most sure path to improving the lives of black people. But King’s resolute commitment to nonviolence is not the same as a commitment to peace and tranquility, and it in no way means that King did not recognize and share the anger that many blacks had at a society that continued to brutally oppress them. As the Black Power movement rose, King was dismayed not at the concept of Black Power, but at the harm that the violent connotations of Black Power would do to the legitimacy of the civil rights movement in the eyes of white stakeholders. In discussing the Black Power movement, King stresses:

“The new mood has arisen from real, not imaginary causes. The mood expresses an angry frustration which is not limited to the few who use it to justify violence. Millions of Negroes are frustrated and angered because extravagant promises made less than a year ago are a shattered mockery today.”

King also warned that the exploitation of the non-violent civil rights movement by white supremacy in order to maintain oppression of black people would, itself, lead to violence:

“If they continue to use our nonviolence as a cushion for complacency, the wrath of those suffering a long train of abuses will rise.”

While King did not agree with many of Malcolm X’s methods, he deeply admired Malcolm’s intelligence on the root causes of racial oppression and his commitment to black people and was by all accounts deeply impacted by Malcolm’s assassination. Both Martin and Malcolm were committed to black love and black pride (King even took to wearing a “Black is Beautiful” lapel pin the year before his death). Like Malcolm, King was opposed to the Vietnam War. After Malcolm X’s assassination, King wrote to Malcolm’s widow Betty Shabazz:

“I always had a deep affection for Malcolm and felt that he had a great ability to put his finger on the existence and the root of the problem.”
Cliquez pour agrandir... 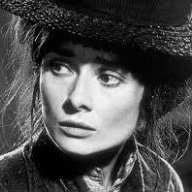 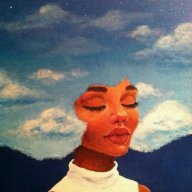