lafastod;4722108 a dit :
@Rosenrot_  American Horror Story is GOLD. But the 3rd season is my least favourite. I don't know why, but the season 2 was so freaking perfect/insane... Not sure they can do better.
Cliquez pour agrandir...

My favourite season of AHS is the first one by far! To me, it was almost perfect, I really enjoyed every bit of it. I loved its disturbing atmosphere of confinement. It's also the most scary one.
I felt a little disappointed by the second season, as I adore all the themes which are brought up (the asylum, the scientific experiments, devilish possessions, blasphemy, aliens, even polyamorous relationships

.) But it was a bit frustrating to my taste. It seems to me that what was the force of the first season (unresolved mysteries) was overly played out in the second season. The rythm was erratic, some story lines completely disappeared during the season, and so on. Don't get me wrong, I still enjoyed it very much, but I felt I was left high and dry.
I also liked the third season, but I can see why many people find it boring. It's really not that frightening as compared to the first two seasons, and the dichotomy between the sexes is a little upsetting. 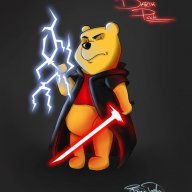 Hi girls !
I'm not a good writer in English, so feel free to correct me if i make any mistake !

I LOVE to read books and i'm looking for english books i could read, mostly in heroic-fantasy, because i already know that type/kind (?). I wanted to start GoT, but i'm afraid it would be too hard, because of the author's style, and the complicated story... Maybe if i read it with the french book next to me, so i can check if i don't understand something ? (or that would be cheating ?)

Maybe some of you could give me some ideas or advices of easy reading (but not too easy, so i can improve myself

Thanks a lot, i will come back later to participate on the debate 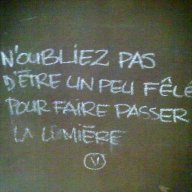 @Lafastod I don't know, but I need to do something else in the same time, if I do anything I start to think about life and it's worst

@ThePooh GoT it's difficult to read but if you like the children story like "James and the Giant Peach" or "Mathilda" or "Charlie and the chocolate factory" the author is Roald Dahl. He wrote different story for chlid, it's easier for beginning.

I hope it won't be too difficult, anyway, i'll try

Thanks @Cyns i wasn't thinking to children books. I think i'll buy "charlie and the chocolate factory" !
P

@ThePooh my first english book was Dracula from Bram Stokers when I was 16. Did I understand everything? hell no. But it was a blast nonetheless and still is one of my favorite books ever.
I think you should go with the book you feel like reading and just dive in. It doesn't matter if you don't understand every single word. Most of the time you will understand the meaning of the sentence and guess the unknown word.
So yaaaaay try GoT!!

Roald Dahl is a good idea too mainly because even though it's meant for children it really is an interesting book for adults too. I'd recommend 'Kiss Kiss' from Roald Dahl which is a collection of novels (novels are a great way to start reading in english too!) http://en.wikipedia.org/wiki/Kiss_Kiss_(book)

Also because you asked.

@Rosenrot_ well if you say season 3 of American Horror Story is less scary, I might try again

Never heard of 'Orphan Black' but it seems interesting enough (if I ever find time haha, I probably will need a 'to watch list' anytime soon

@Matie I have not watched Alien, so I can't say, but I love the idea of comparing the too 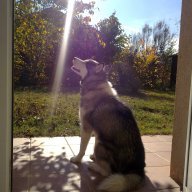 I also come to participate in this topic, do not hesitate to report my English mistakes I can make.

I always at least two or three ongoing series (currently The Originals, GoT , Believe, Arrow, Vikings, The 100) and I love going to the movies but I still have not the means to go ( so dowload ), recently I saw the Amazing Spiderman 2 (excellent, I recommend it !) and I intend to go see Godzilla and X-men.
I love going to the movies for good imagery and audio quality, for the good atmosphere you can usually find because it is an opportunity to make an outing with friends. But now when you are a student you can not afford to go as often as we would like. I love watching shows tv because the format is better for develop the story and characters as well as enjoy scenarios that would not necessarily adapt in movie ( Spartacus for example ). Both have strengths and weaknesses so I have not any preference.
It happens quite frequently that shows tv's stars continue in the cinema because the small screen gives them the opportunity to become well-known and then move to the great screen, because of course they earn more. I have no examples in mind.
I do not think the shows tv threaten the cinema, this is not really the same market, the shows tv does not take up all time the same targets and does not use the same networks (mainly television for the first and rooms cinema for the second). 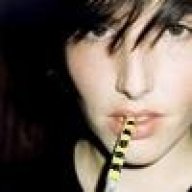 @Shield The season 1 was reaaally good. Those plot twists drove me crazy.
But, to me the Judy's storyline in the 2nd season is simply breathtaking (Jessica Lange IS breathtaking anyway.)

Season 3 is not that frightening but not that twisted eather...

[font='Helvetica Neue', Helvetica, Arial, sans-serif]@ThePooh You can give John Green's books a try

@Kaindaty about the tv shows vs. movies :

I am SO disappointed in movies lately. I have not seen one single good one (apart Hunger Games which was ok - but then I read the books first, so I might be biased)
All the shitty stuff I've seen: gravity (the earth and a crying woman woohoo), cloud atlas (you think there's a link, there might be something? ah well, nope), oblivion (plot, anyone? ah well, who needs stories when you can have pretty pictures?), ALL the super hero movies (sooooooo klischee and ridiculously good vs evil - I'm not a kid, I know people can be both, I don't buy it)
and those are only the movies I remember. MAYBE I should try to watch more european small movies though. Right now, we're going through movies classics. (we finally watched the godfather trilogy)

So I think TV shows are clearly fighting for our attention, because as you pointed out, going to the theater is so damn expensive. If you look at the internet, most people ourdays are talking about TV shows, movies come second, so we seem to be at the edge of something here.

I don't think movies will be extinct anytime soon, but clearly tv shows take a much more important place in our lives than what they used to.

And I'm with you, I like the fact that the plot as time to evolve on several episodes and seasons. It gives characters a change to get some depth.

@Lafastod how I could possibly forget about OITNB? shocking, I know.
And... shame on me! Shame, I said!
How could I? hm? I should probably go fling myself out of the window ...

@PetitPlat
Yes I loved HG too while being disappointed with some changes (compared to books I've read before) but it is always the case with adaptations, compared to others adaptations for yet they had do rather good job  (especially the two from my point of view).
I admit that lately I find that there are not super good movie output (after I love marvel and other superhero movies -like Spiderman- is a kind, you can like it or not). And blockbusters tend to lose more and more quality particularly in the increasingly predictable script and set overabundance of digital effects. But precisely, digital effects and more generally the funds used for movies is much higher than for shows tv, in this way  will be found in some movies subjets treat that we will never see in a shows tv by lack of resources (I think to The Impossible, an amazing movie!). Or there are subjets that are not treated in the shows tv because after several episodes would be boring, while it makes a great film of 1h30 (Le discours d'un roi, for example, very poignant fmovie).
But it is sure that the shows tv are becoming increasingly important, gaining recognition and financial capacity, gradually encroaching a bit on the field of cinema (for example with the movie Veronica Mars which concluded the serie). I'm curious to see how it will evolve

kaindaty;4725721 a dit :
@PetitPlat
But precisely, digital effects and more generally the funds used for movies is much higher than for shows tv
Cliquez pour agrandir...

That's what drives me insane! all that money that goes into movies, you'd expect at least an ok-ish plot. But most plots are plain garbage! Again, pretty pictures, incredible digital imagery and what not. But a real story? nope! Who needs stories anyway when you can have pretty pictures. It really infuriates me to see all that money thrown away in movies that don't leave any mark on you, don't make you think, don't pick your curiosity, don't even create a story with causes and consequences; The best you have ourdays is a sketch of story, an idea put to screen but not developed.

Unfortunately the masses don't give a damn if there's plot apparently, making so called 'blockbusters' without any plot not only do-able but profitable.

@Violeen What old tv shows do you watch? 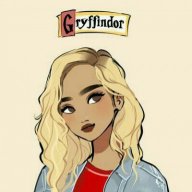 
All the shitty stuff I've seen: gravity (the earth and a crying woman woohoo), cloud atlas (you think there's a link, there might be something? ah well, nope),
Cliquez pour agrandir...

I have to say I disagree on cloud atlas, I just loved the movie. I am very much willing to watch it again actually, to try to understand all the connections a bit better this time.

Last movie I have seen is Calvary, most of you probably didn't hear about it, it is an Irish movie. I think it is the most heart-moving movie I have ever seen. All the character are so "real", with their quality and default that you really get taken into it. If you get a chance, I would really advise you to see it.

On TV shows, I just started Nashville. I wouldn't say it is great, but after a whole day at work it is a pleasant way to relax, plus I get to improve my country music culture in the process. 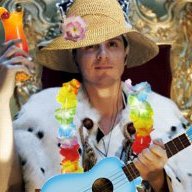 @petitplat @elkaria Have you read the book Cloud Atlas ? I bought it when I was in London few months before the movie was released (the cover of the british edition is gorgeous and the plot looked awesome to me), but I never had the courage to deal with the invented vocabulary and the unusual structure of the narrative

I think I would have if I'd bought the book in french, though.

Anyway, what I wanted to say is that I'm curious about the book ; when I saw the movie I had this very strong feeling that one can understand every tinsy bit of the story if they had read the book before. So if anyone has read it and could tell me if the intrigue is clearer in the book...
Tu dois te connecter ou t'inscrire pour poster ici.
Partager :
Reddit Pinterest Tumblr WhatsApp Email Lien